After outfitting its 2019 flagships with Android 10, Sony is also bringing the latest Android version to some of its older phones. The Xperia XZ2

, XZ2 Compact and XZ2 Premium as well as for the ZX3 are all receiving the Android 10 update. 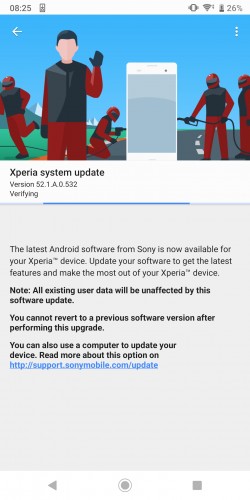 The update itself bearing the 52.1.A.0.532 build number comes in at 730 MB. It brings all the standard Android 10 novelties like improved privacy and location controls as well as the system-wide dark mode. Some users are reporting that the launcher on their devices did not update so they cant access the new gesture navigation.

Considering the XZ2 line and the XZ3 came out in 2018 and already got Android 10, we should expect the Xperia 10 and 10 Plus to also receive the big update soon.