Prime Day is right around the corner… finally! Amazon is getting started a little early, and probably testing the waters a bit, with some new deals exclusive to Prime members. That means you need to be signed up for Amazon Prime just to get these discounts. One of the first deals includes the Amazon Fire TV Recast 500GB over-the-air DVR on sale for $129.99. That's $100 off its regular price and a match for the lowest price we have ever seen. In fact, the only other time we saw it go this low was 2019's Black Friday sale. 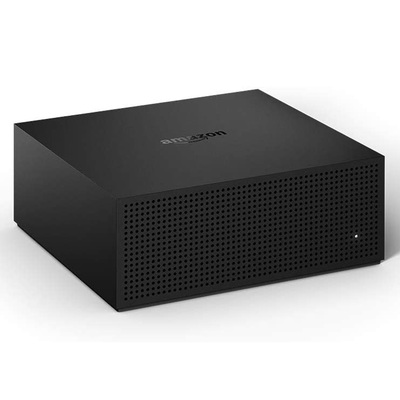 Haven't seen a deal this good since Black Friday last year. The DVR lets you record over-the-air TV then watch it anywhere and at any time. Records up to two shows at once and up to 75 hours of HD programming. Use voice search with an Alexa device.

The Fire TV Recast has 4 out of 5 stars and Android Central's recommendation as a great DVR. The review said, "It's a great little piece of tech because it's easy to set up, and easy to use, and it integrates into the Amazon Fire TV beautifully. It is very well done."

The Recast's integration with the Fire TV and Echo Show lets you watch and record over-the-air TV easily. Plus you'll be able to watch your media on compatible mobile devices, too. You won't have to pay any monthly fees or anything for this service, either, just the upfront cost of the box covers you forever.

This machine is great for live sports and other shows you can't usually get on an app like Netflix — local news, live sports, talk shows, etc. Just pair it with an HDTV antenna like the Mohu Leaf Metro

for less than $18. Then you can just say things like "Alexa, tune to ABC" to start watching the channel picked up the antenna and your Recast on your Echo Show or some other device.

The Recast has two tuners so you can record two shows at once, and the 500GB space should let you record as much as 75 hours of programming. Use Alexa through a device like the Echo Dot to search for shows, manage your recordings, and more.

Ready for Prime Day? We are. Keep tabs on all the best deals coming up through our Prime Day hub and get ready for some of the biggest savings of the year.