When it comes to cool VR apps, Apple offers a boatload of them in its App Store. If you have a VR headset, these are the VR apps for iPhone that you need to try.

You've got an iPhone and you have a virtual reality headset. You can use most VR apps with any Apple smartphone, but certain VR apps and games work better with the latest and fastest iPhones than they do with older models.

But you can still use most VR apps on any model from the iPhone 5 to the iPhone X and beyond, including the iPhone SE. And your iPhone can work with a variety of VR headsets and goggles, such as Google Cardboard, Merge VR, Noon VR Pro, and one of the Homido headsets.

When it comes to VR apps, Apple offers a boatload of them in its App Store, but many just don't have that "wow" factor you want from a VR experience. That's where we can help. Check out these 10 cool VR apps for your iPhone. 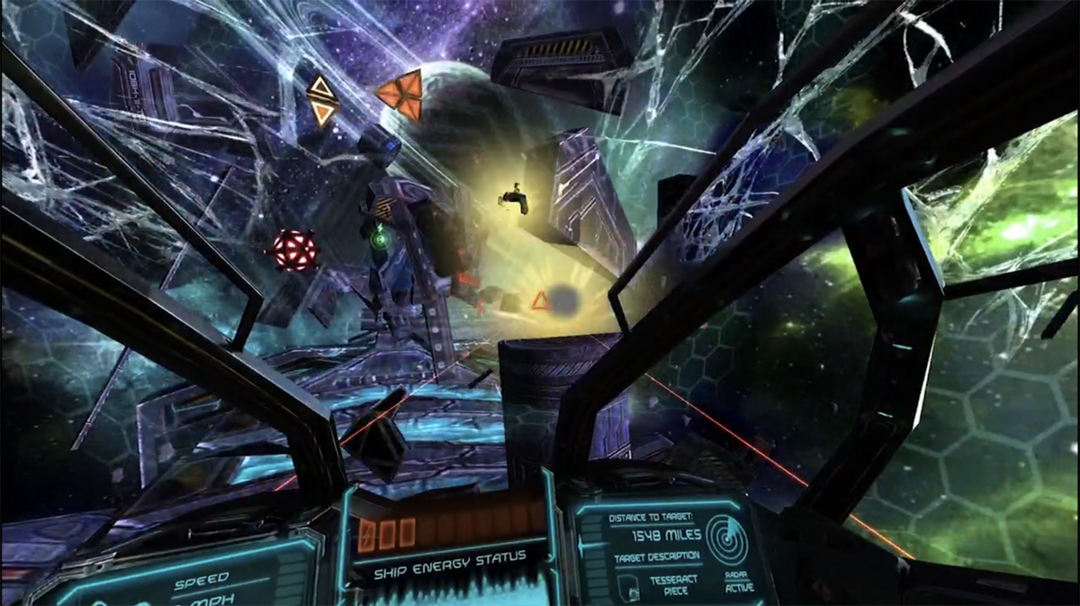 VR Space Stalker by FIBRUM packs in cool space battles, amazing graphics, and an ongoing storyline that takes you from one adventure to the next. Your objective, of course, is to blow up enemy ships before they reach you and before your shields give out. As you complete missions, you choose among three different weapons depending on the strength and number of your adversaries.

You’ll also have to pilot through asteroid fields, examine ancient artifacts, and solve puzzles to proceed. The gameplay itself is effortless as you only have to turn your head to shoot your weapons, direct your ship, and make the right decisions.

You know all those science-fiction stories where someone is shrunk to microscopic size and placed in the body of a full-sized person? Well, now you can live out that same fantasy yourself, albeit in a virtual world.

With the free InMind VR app by Nival, you play a human faced with the task of helping a patient suffering from a depressive disorder. The catch? You treat your patient from the inside. You're miniaturized and transported inside the person's brain, where your job is to attack red neurons in an attempt to cure your patient. The gameplay is simple, but the graphics light up the experience.

When you're done you can move up to InMind VR 2, which serves up a tutorial on the brain's chemistry and starts you off with one story for free and another 300 if you kick in $2.99.

You can experience an entire planetarium on your iPhone via Star Chart VR. For $2.99, this app takes you on a tour of the solar system where you can travel among the planets, stars, and constellations.

As you soar through space, you turn your attention to a specific planet, moon, or other object. Look at Mars. Check out the moons and rings of Saturn. Press the action button on your headset to see details on the object. Star Chart VR is a cool ride and a great way to explore and learn about the solar system.

Do you get nervous speaking in public? If so, here's one app that may be able to help. VirtualSpeech offers different scenarios in which you can practice speaking in front of a crowd. You can attend a business meeting, conduct a presentation, teach a class, or go on a job interview.

In each case, you're in the midst of real people recorded for the app to whom you must convey your message. You can even add your own slides to a presentation for more realism. VirtualSpeech also provides words of wisdom from experts on how to speak in public. As you experience each scenario, the app offers feedback on your performance and tracks your progress.

Want to see other countries but can't afford the airfare? The free VR Mojo Orbulus offers you a virtual trek of sights and sounds from around the world. The app starts by displaying floating photo spheres, each one a gateway to a different destination. Look at a sphere that interests you, and you're transported to that place and time.

Visit Rockefeller Center in New York City. See a Ghost Train Ride in Poland. Gaze at the pyramids in Egypt. Enjoy Paris at night. And you're not bound to just scenic hot spots. You can experience what it's like to be a sock in the center of a washing machine, look inside a World War II gun turret, and stand on the surface of Mars.

Ever wanted to play private eye? Now you can, in a virtual world. In the 99-cent VR Noir app by Start VR, you take on the role of Veronica Coltrane, a divorced mother battling with her ex-husband and forced to set up shop as a private detective after being thrown off the police force. Taking on a new client, you have to decide what you'll do and how far you'll go to solve the case.

Several elements make VR Noir a compelling experience. The story is interactive, so you have to make certain decisions along the way to drive the plot forward. The app is more than just a 360-degree environment. It's a full movie, made using real people and real settings, and filmed just like a vivid motion picture. The characters are also captivating, so you'll want to keep playing just to see what happens to them and to you.

You'll find a lot of virtual reality roller coaster apps for the iPhone; some good, some not so good. The free VR RollerCoasters app from VR Games is one of the most intense that I’ve tried. The app offers three different roller coaster tracks. Choose your track and then hang on for the ride.

The roller coaster takes you through the usual ups, downs, twists, and turns but also throws in some crazy loop-the-loops where you really feel the sensation of being upside down. Watch out! If you get dizzy on real roller coasters, you may feel a bit woozy on this virtual ride.

Sometimes you just want to explore different places, people, and scenes all through the lens of VR. Within is an immersive gateway for doing just that. This app brings you a variety of stories from animated adventures to fictional scenarios to real-life documentaries. And the VR approach puts you right in the thick of the action.

You can feel what it's like to sit next to Lego Batman in the Batmobile as you drive around Gotham City. Join the audience to listen to an orchestra perform a Mozart concerto. You can sit at a table in a fictional scenario as drug dealers play Russian Roulette.

Take a dive underwater and swim in the midst of dozens of sharks. And you can blast off into space in 1965 via a Russian rocket and take a spacewalk to observe this beautiful globe we call Earth. The stories are varied enough so you'll always find some new adventure to enjoy.

YouTube is home to lots of cool VR videos, and you can use the regular app to watch them. Download YouTube from the App Store, if you don't already have it. You have a couple of options. Fire up any video and then tap on it. At the player screen, tap the three-dot icon in the upper right and select the option Watch in VR.

Some videos lend themselves to a VR approach, others not so much. To improve your odds, run a search from the YouTube home screen and look for "VR" or "virtual reality." You can also try YouTube's own Virtual Reality channel. Pick a cool video. Tap on its screen and then tap the Google Cardboard icon in the lower right to jump into VR mode. Pop on your headset and enjoy the experience.

Move over, The Walking Dead. Now you get a chance to kill zombies in your own virtual world. Zombie Shooter VR by FIBRUM starts you off all alone in a small, dank room. Pick up a weapon, go through the door, and you're on your way to meet zombies. Travel down a long subway tunnel, go through an abandoned subway car…and beyond.

The game automatically moves you along and fires at each new zombie who rises up from the dead. You also bump into different obstacles you must shoot to keep going. But don't let the zombies get too close, otherwise you'll be dead, too.

The free version restricts you to a trial scenario that lasts a couple of minutes. To continue meeting and shooting zombies, you'll have to fork over $1.99 for the full version. Once you get a taste of the virtual living dead, you'll hunger for more. FIBRUM also offers a related VR game called VR Zombie Warfare.